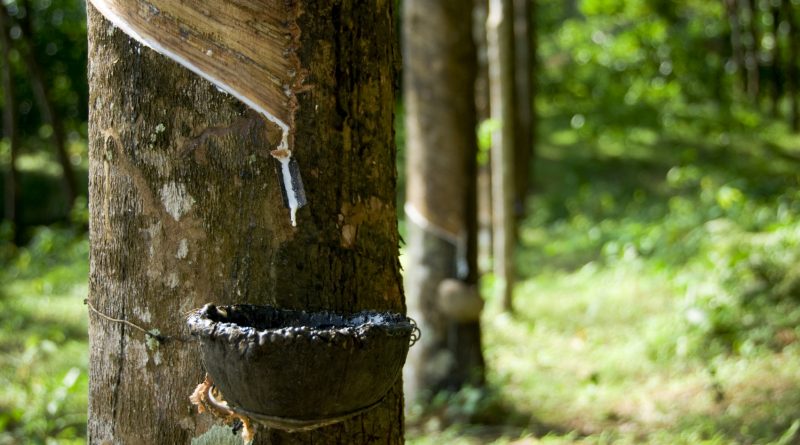 Rubber FEAS Centre to be launched in March

By Nishel Fernando
A key project under the ‘Sri Lanka Rubber Industry Master Plan 2017-2026’, the Finite Element Analysis & Simulation (FEAS) Centre, is set to be launched by the end of March, Senior Advisor to the Ministry of Plantation Industries, Lakna Paranawithana told Ceylon FT.

The project aims to enhance the rubber industry’s technical capabilities to produce high value-added products and improve annual export earnings from US$ 850 million in 2017 to US$ 3 billion by 2025.

The Government has already allocated Rs 50 million as the initial capital of the project in the National Budget of 2017.

Paranawithana said, “We are in the process of procuring computer hardware and software, aiming to launch the FEAS centre by end of March. We are going to sign a Memorandum of Understanding (MOU) with the private sector shortly.”

He was confident that the project would start delivering tangible results within 2-3 years.

Meanwhile, Paranawithana revealed that the Rubber Secretariat – the key Public-Private Partnership (PPP) institute under the Rubber Master Plan (RMP) – is already partially operational with minimum facilities and that its……Secretary General was also recently appointed. According to him, the official opening of the Rubber Secretariat will take place in late March.
Meanwhile, addressing the recent AGM of the Sri Lanka Association of Manufacturers and Exporters of Rubber Products (SLAMERP), SLAMERP Chairman Prabhash Subasinghe asserted that the RMP’s critical activities needed to be implemented to make Sri Lanka’s rubber industry a US$ 3 billion industry by 2020, up from US$1 billion currently.

The full investment requirement of the project is around Rs 300 million. Paranawithana said, “The private sector will gradually start investing. In addition, the Government will also make an annual allocation of funds to the project on top of the initial Rs 50 million.”

The proposed FEAS Centre is located at the Rubber Research Institute of Sri Lanka (RRISL) in Ratmalana.
SLAMERP Secretary, Dr Sisira Ranatunga stated that the project would be vital to produce high value-added products and the project objective includes developing necessary skills via the use of FEAS for modelling and simulation of rubber products and other items.

The private sector contribution during the first phase will comprise all pre-project expenses, promotional activities of the FEAS centre, requirement, engagement of trained technical staff and services marketing.

FEAS Centre will be providing technical support to the plastic and rubber industry to develop new products, design of moulds and machinery, and support the industrial development board (IDB) to cater to smallholder research requirements. In addition, it will provide research facilities and supervision for FEAS-based research students, ranging from diploma students to doctoral students and train students from school level up to research institutes on CAD, 3-D printing and FEAS technology aspects.

The FEAS centre aims to become the centre of excellence in providing FEAS services to Sri Lankan manufacturers, as well as customers overseas.